The Presbytère in New Orleans 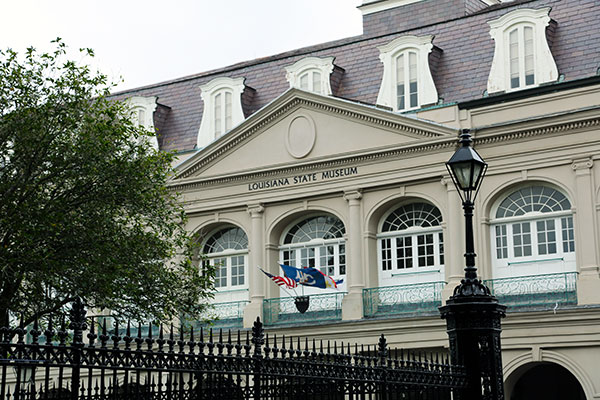 The Presbytère is an important historical building in the French Quarter along Jackson Square, adjacent to the St. Louis Cathedral. Prior to the construction of the Presbytère, a Capuchin monastery occupied the site. Master Sergeant Guilberto Guillemard, a French architect in the military service of Spain, designed the building in 1791 as the rectory of the St. Louis Cathedral. The building was originally called the Casa Curial, which has a similar meaning in Spanish as Presbytère does in French. Guillemard designed the Cabildo in 1795 using the same Spanish Colonial design.

The Presbytère and the Cabildo, with their impressive Spanish Colonial architecture, are prominent features in one of the most important architectural plazas in the United States. The Presbytère was commissioned as part of a citywide rebuilding effort after the devastating fire of 1788.

Don Andres Almonester y Roxas financed the construction of the Cabildo, the St. Louis Cathedral and the Presbytère. Construction was halted on the Presbytère in 1798 by Don Almonester y Roxas, as he was engaged in the construction of the Cabildo at that time. The building remained one story in height until the wardens of St. Louis Cathedral completed it in 1813 as a two-story brick building with a flat balustraded roof, topped by urns. The lower story had an arcaded open gallery with a second story gallery above.

When the mansard roof was added to the Cabildo in 1847, the Presbytère was also altered to retain the similarity of appearance. A rear wing was added in 1840. The United States government rented the space for its lower Courts, the Court of Appeals and the Supreme Court from 1813 until 1833. In March 1831, the city of New Orleans paid the wardens $10,500 for land in the rear of the Presbytère. The building was purchased by the city for $55,000 in 1853. 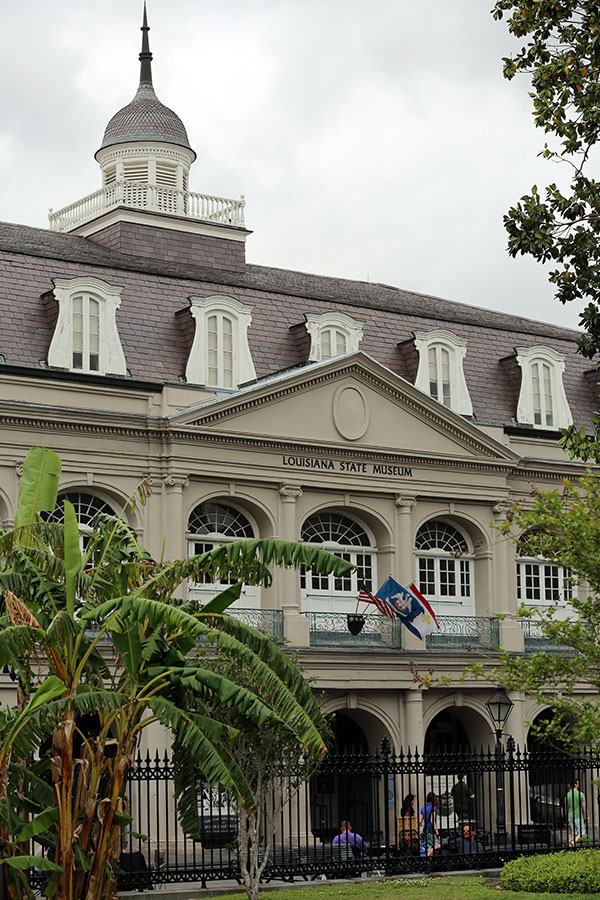 In 1911, ownership was transferred to the State of Louisiana for use as a museum, as was the Cabildo. It serves this purpose today with the offices for all museum operations located in the upper story. The interior was restored and renovated from 1962 to 1963, to make modern offices on the third floor. The Presbytère was declared a National Historic Landmark in 1970.

Today, the Presbytère is a state museum with exhibits from Hurricane Katrina and the Mardi Gras. The Presbytère, along with the Cabildo and St. Louis Cathedral, offers visitors a stunning view of New Orleans’ rich architectural history. 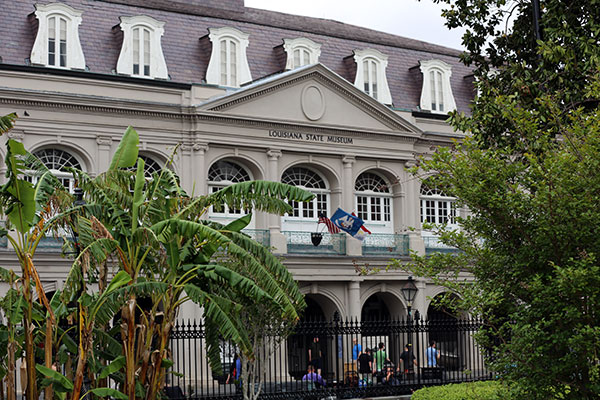 The Presbytère is located at 751 Chartres Street. It is open Tuesday through Sunday from 10:00 AM to 4:30 PM. The Louisiana State Museum hosts an array of extra-exhibit programming, including: lecture series, school group educational tours, walking tours of historic districts, and musical performances.