In April 2013, I had the opportunity to visit a Habitat for Humanity build in Central City, New Orleans. It was disappointing to see more than sixty per cent of the neighbourhood in disrepair, as many streets had only three or four rebuilt homes. A flood ravaged church and school were not rebuilt in Central City. An empty field sits where the school once stood. Sewers, sidewalks and roads were not repaired after Katrina. Residents spoke of losing thousands of dollars to corrupt building contractors who promised to rebuild their destroyed homes and then disappeared with their money. They lost what little they had left to con men. Many people still need our help.

As of July 2013, Habitat for Humanity has built more than 617 homes since Katrina. 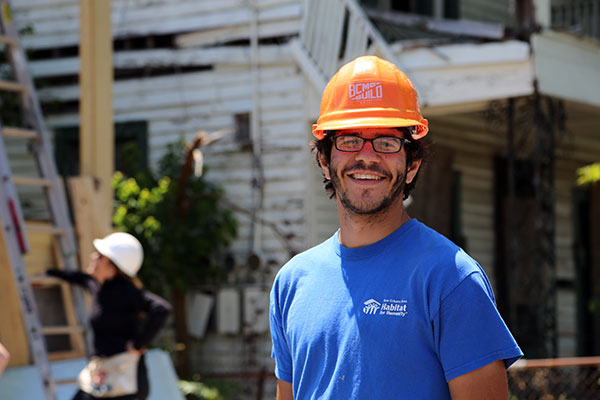 Hurricane Katrina was one of the five deadliest and most destructive hurricanes in 2005. It caused property damage in excessive of $81 billion, and was the costliest natural disaster in the history of the United States (US). Among recorded Atlantic hurricanes, it was the sixth strongest. New Orleans was devastated when its levees and floodwalls failed resulting in flooding that affected eighty per cent of the city in the worst civil engineering disaster in US history. More than 200,000 homes and businesses were destroyed.

Although most residents evacuated prior to the hurricane’s arrival, more than 1800 people died in the hurricane and subsequent floods. Tens of thousands of residents who had remained in New Orleans were rescued or sheltered at the Louisiana Superdome and the New Orleans Morial Convention Center. The city called for its first mandatory evacuation prior to Hurricane Katrina’s arrival and another mandatory evacuation for Hurricane Gustav in 2008. New Orleans was declared off-limits to residents while efforts to clean up after Hurricane Katrina began. In September 2005, the approach of Hurricane Rita caused repopulation efforts to be postponed. The Lower Ninth Ward was re-flooded by Rita’s storm surge.